Categories Penetration Testing Author Susan Huggins
Many people assume that running antivirus software will protect them from malware (viruses, worms, trojans, etc), but in reality the software is only partially effective. This is true because antivirus software can only detect malware that it knows to look for. Anything that doesnâ€™t match a known malware pattern will pass as a clean and trusted file. 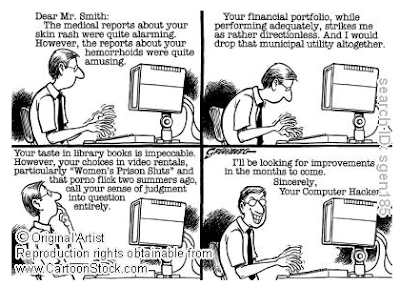 Antivirus technologies use virus definition files to define known malware patterns. Those patterns are derived from real world malware variants that are captured in the wild. It is relatively easy to bypass most antivirus technologies by creating new malware or modifying existing malware so that it does not contain any identifiable patterns.
One of the modules that our customers can activate when purchasing Penetration Testing services from us, is the Pseudo Malware module. As far as we know, we are one of the few Penetration Testing companies to actually use Pseudo Malware during testing. This module enables our customers to test how effective their defenses are against real world malware threats but in a safe and controllable way.
Our choice of Pseudo Malware depends on the target that we intend to penetrate and the number of systems that we intend to compromise. Sometimes weâ€™ll use Pseudo Malware that doesnâ€™t automatically propagate and other times weâ€™ll use auto-propagation. We should mention that this Pseudo Malware is only â€œPseudoâ€ because we donâ€™t do anything harmful with it and we use it ethically. The fact of the matter is that this Pseudo Malware is very real and very capable technology.
Once weâ€™ve determined what Pseudo Malware variant to go with, we need to augment the Pseudo Malware so that it is not detectable by antivirus scanners. We do this by encrypting the Pseudo Malware binary with a special binary encryption tool. This tool ensures that the binary no longer contains patters that are detectable by antivirus technologies. 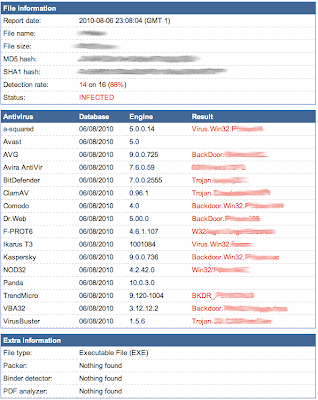 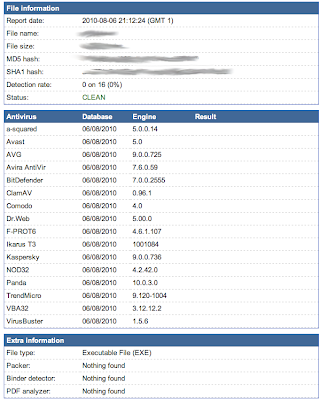 Now that we’ve prevented antivirus software from being able to detect our Pseudo Malware, we need to distribute it to our victims. Distribution can happen many ways that include but are not limited to infected USB drives, infected CD-ROM’s, Phishing emails augmented by IDN homograph attacks with the Pseudo Malware attached, Facebook, LinkedIn, MySpace, binding to PDF like files, etc.

Our preferred method for infection is email (or maybe not). This is because it is usually very easy to gather email addresses using various existing email harvesting technologies and we can hit a large number of people at the same time. When using email, we may embed a link that points directly to our Pseudo Malware, or we might just insert the malware directly into the email. Infection simply requires that the user click our link or run the attached executable. In either case, the Pseudo Malware is fast and quiet and the user doesn’t notice anything strange.

Once a computer is infected with our Pseudo Malware it connects back to our Command and Control server and grants us access to the system unbeknownst to the user. Once we have access we can do anything that the user can do including but no
t limited to seeing the users screen as if we were right there,
running programs, installing software, uninstalling software, activating web cam’s and microphones, accessing and manipulating hardware, etc. More importantly, we can use that computer to compromise the rest of the network through a process called Distributed Metastasis.

Despite how easy it is to bypass antivirus technologies, we still very strongly recommend using them as they keep you protected from known malware variants.